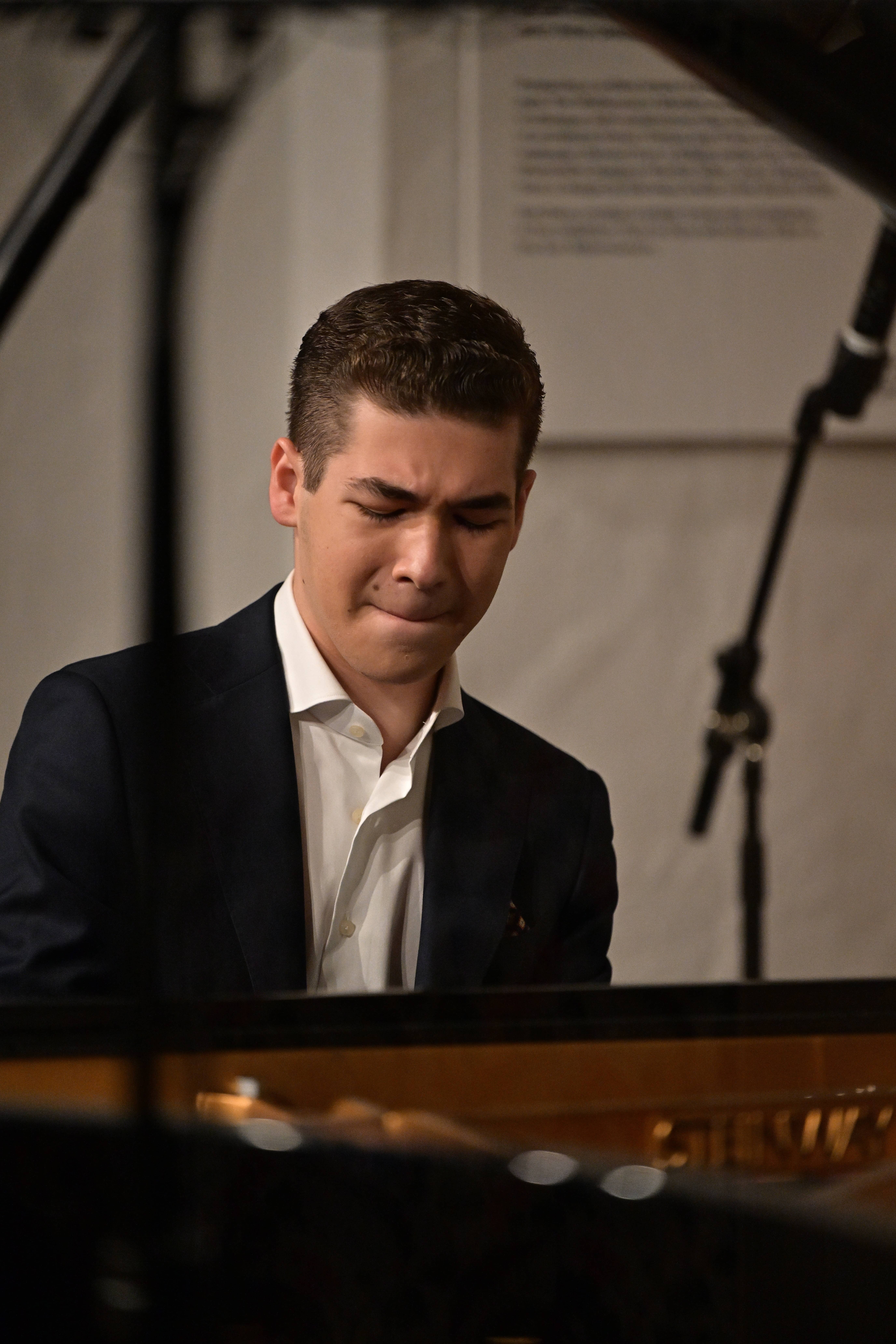 Brandon Goldberg is 16 years old. Now that we have that out of the way, we can talk about the  merits of this talented jazz pianist without resorting to qualifiers such as “for someone his age”  or “for a teenager” …because the music he creates would be remarkable for an experienced  musician two or three times his age.

Goldberg performed on Sunday night, April 24, as part of the 2022 edition of the Miami  International Piano Festival. For a “veteran” who has already released two albums as a leader,  most recently fronting a traditional jazz quintet (sax, trumpet, piano, bass and drums), his MIPF  recital at the Wolfsonian-FIU Museum in Miami Beach marked the first time he has performed  solo, presenting his take on some of the songs by Cole Porter, George Gershwin and Irving  Berlin that make up the heart of the Great American Songbook, that ever-expanding treasure chest of compositions that have been the wellspring of jazz improvisation since the early  1930’s.

Solo jazz piano presents challenges to a player accustomed to group settings – he must become his own rhythm section and provide the steady time-keeping that is usually the job of the bass player and drummer. More practically, there is no chance to lay out or comp chords as the audience’s attention shifts while the tenor player or trumpeter takes a solo. Instead, the solo pianist must set and hold the musical mood over the course of the entire performance, and unlike a classical pianist, while improvising the entire time.

Brandon was more than up to these obstacles. First, he created musical interest by  approaching each tune with an arranger’s sensibility: dancing around the theme of Love For Sale with angular, displaced Thelonious Monk-like rhythms; exploring the little-heard verse on  I’ve Got a Crush on You; adding a Latin beat to Change Partners; building his performance on  What is This Thing Called Love? around a motif used by Nelson Riddle in his arrangement for  Frank Sinatra’s classic performance of the song; and starting his exploration of Berlin’s Blue  Skies with Monk’s contrafact In Walked Bud. Within these settings, he varied tempos and in a  number of tunes modulated mid-improvisation from one key to another. Unlike what one  hears at many jazz performances, no song was played merely as a straight 4/4 swinger, with a  statement of the tune, a few choruses of improvisation and a restatement of the melody. (Not  that there’s anything wrong with that in many jazz settings…but that approach would not  sustain a 90-minute solo performance.)

Goldberg also puts formidable technique to the service of expressing his musical ideas. He is a  gifted pianist, who combines a jazz sensibility with significant classical chops. He uses dynamics  effectively, and his touch varies in accordance with his intentions, whispering a single note line  in the right hand one moment, tossing off a casual blues riff the next, and thundering chords with two hands later in the same piece.

Brandon also has what tenor sax legend Lester Young would have called “big ears,” as he has  absorbed the unique language and vocabulary of jazz. First, and most importantly, his music  always swings. Next, he uses jazz harmonies…blue notes, chord extensions and substitute  chords…to create a broad pallet of musical colors and to deepen the emotional impact of his  playing. Although this performance was ostensibly dedicated to the the Great American  Songbook, Goldberg also displayed his familiarity with the extended jazz repertoire by throwing  into his solo’s snippets of tunes by Monk, Charlie Parker, Dizzy Gillespie and other modernist  jazz composers. This type of musical interpolation is common in jazz but can sometimes  become a crutch for a musician who runs out of ideas, so marks time by throwing a quote over  a few measures of chord changes while waiting for the next idea to develop. But Brandon’s use  of quotes was organic and clever. Indeed, he took the sophistication of his quotes to a higher  level when he made a quick reference to Gershwin’s concert masterpiece Rhapsody in Blue during his lightning-fast encore of Gershwin’s I Got Rhythm (which, other than the 12 bar blues,  provides the most common set of chord changes used by jazz musicians as the basis for their  solos).

Brandon’s playing also reflected the stylistic contributions of the Master of Jazz piano…the  percussive dissonances of Monk, the boppish quicksilver right hand lines of Barry Harris, the  stride left hand of Oscar Peterson, and even the bluesy asides and plink-plonk-plink of Count  Basie. But it is important to note, his insertion of musical quotes and his use of stylistic  techniques associated with others never devolved into cliché or imitation. Although it is still  developing, Goldberg’s jazz voice is thoroughly his own.

To close, I will contradict my opening paragraph and say that Brandon’s age actually is relevant for one reason: if he’s blessed to have a career that lasts as long as those of great jazz pianists such as Kenny Barron, Barry Harris and Hank Jones, we can look forward to six or seven more decades of great music from him. 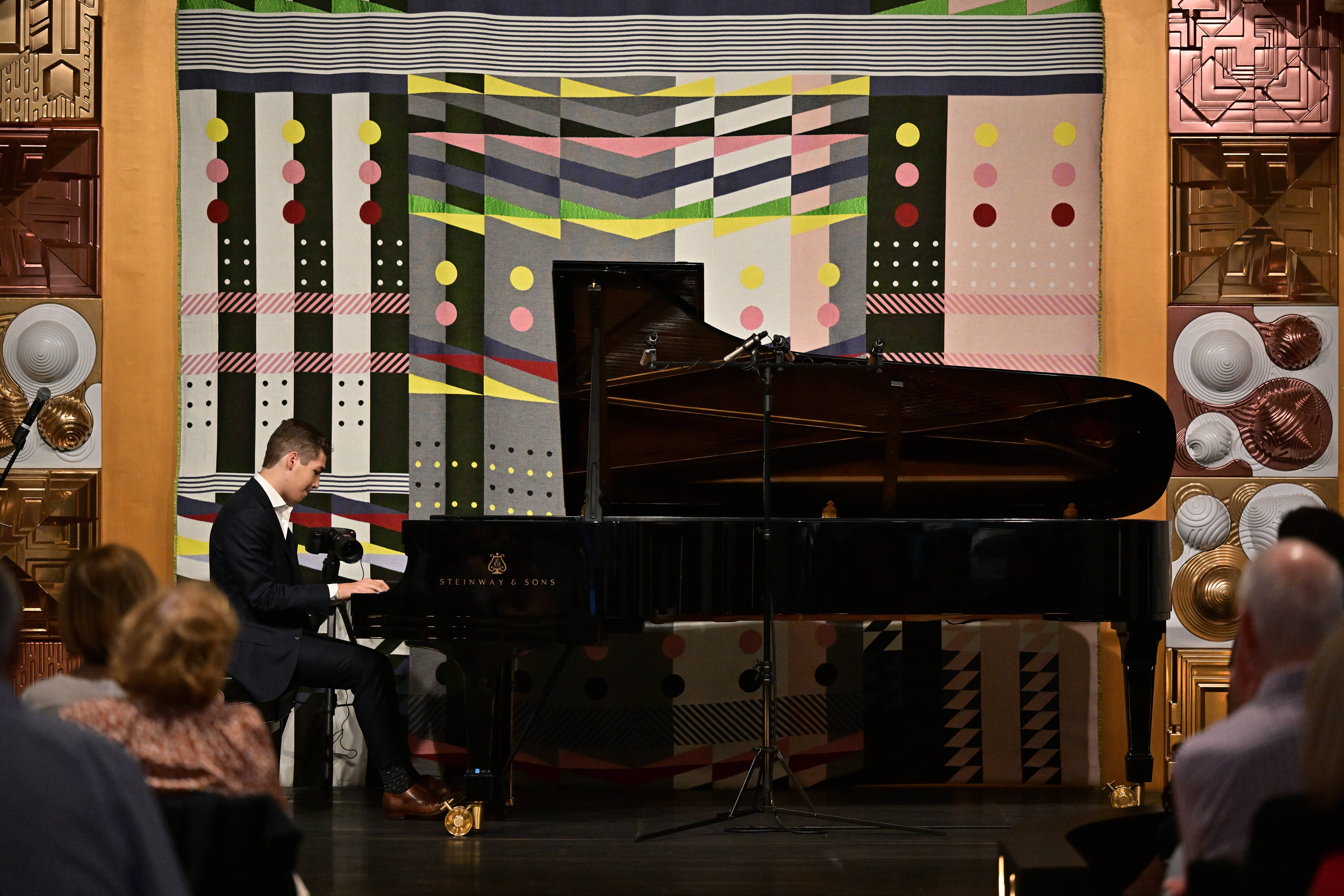 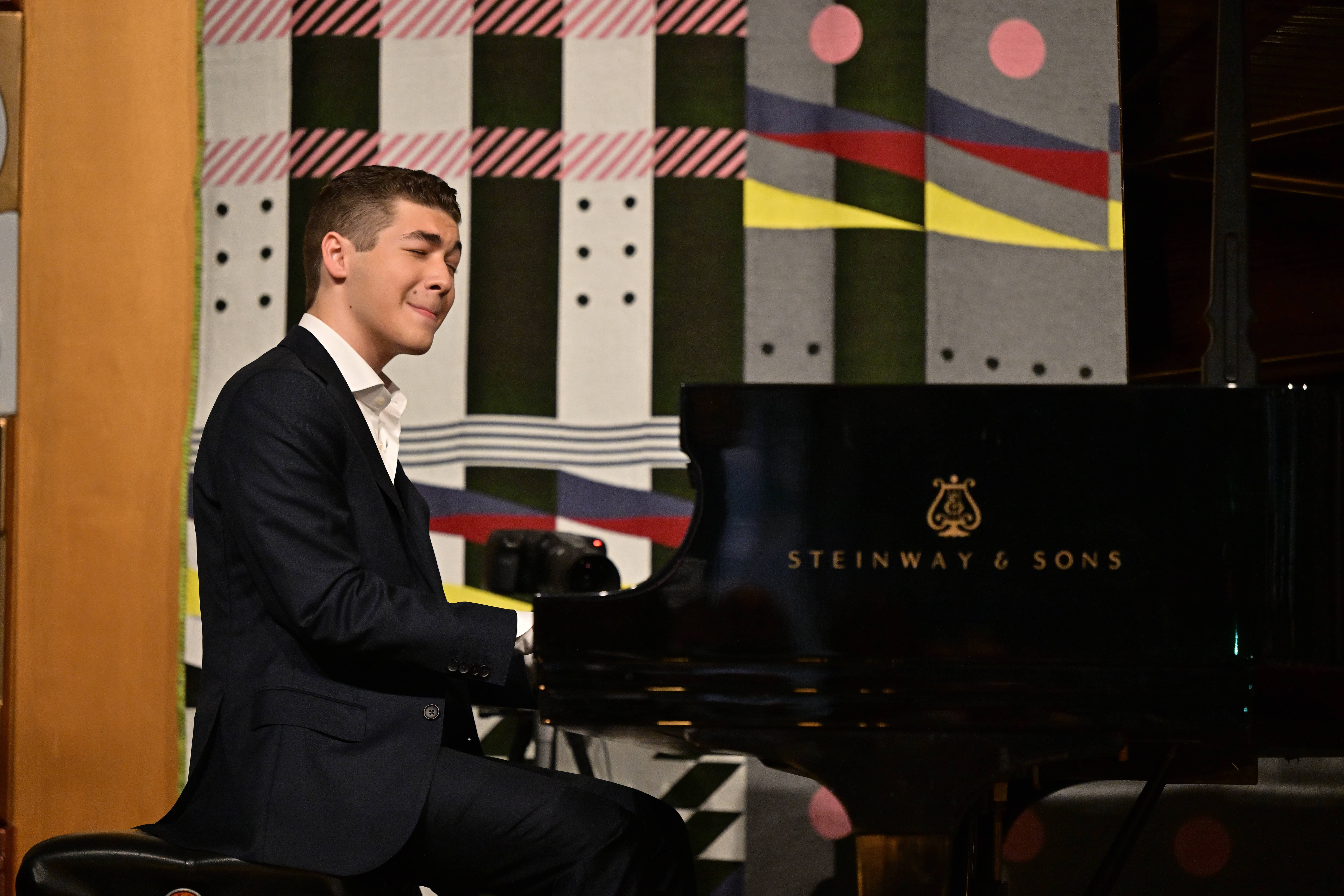 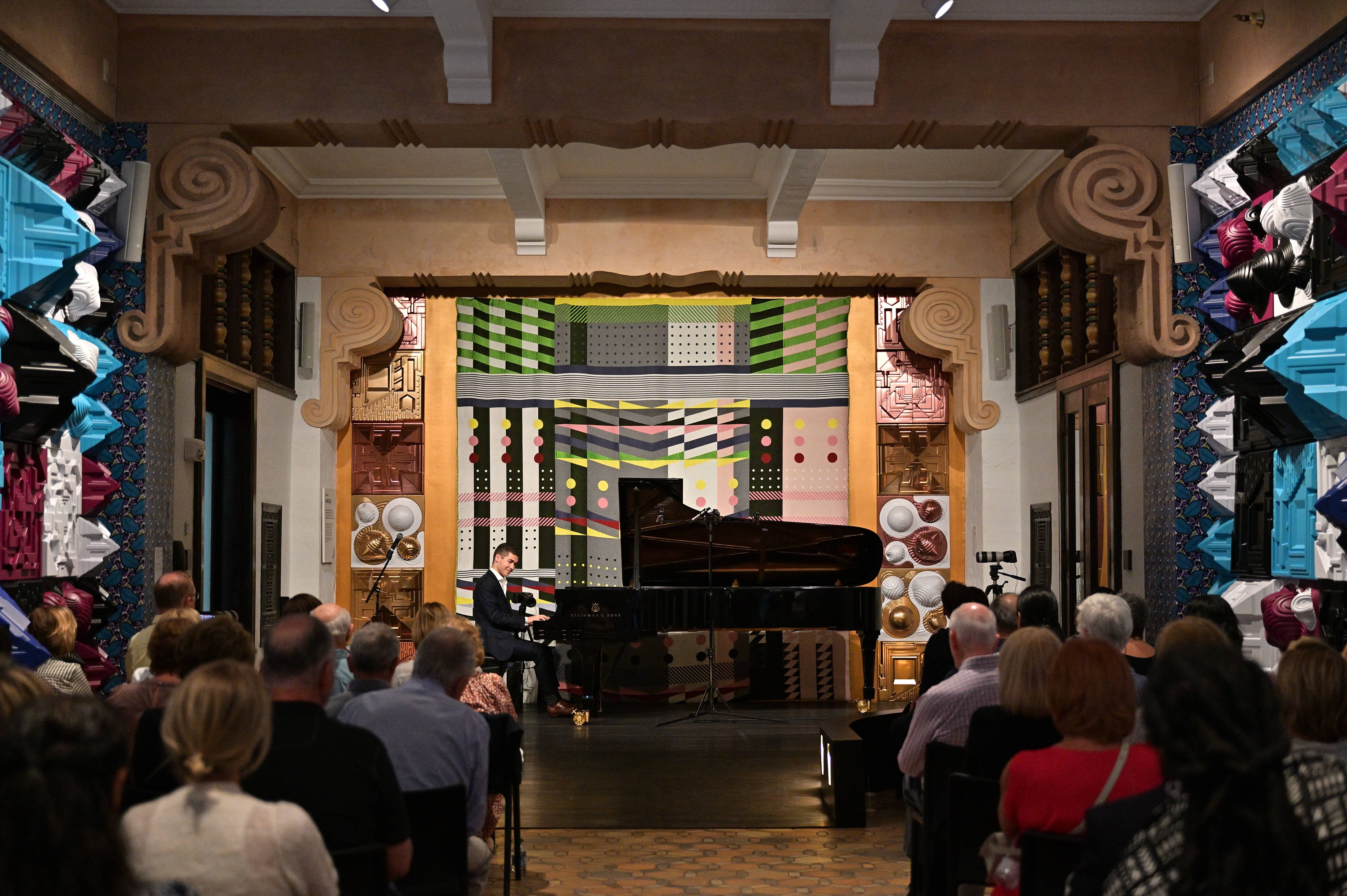 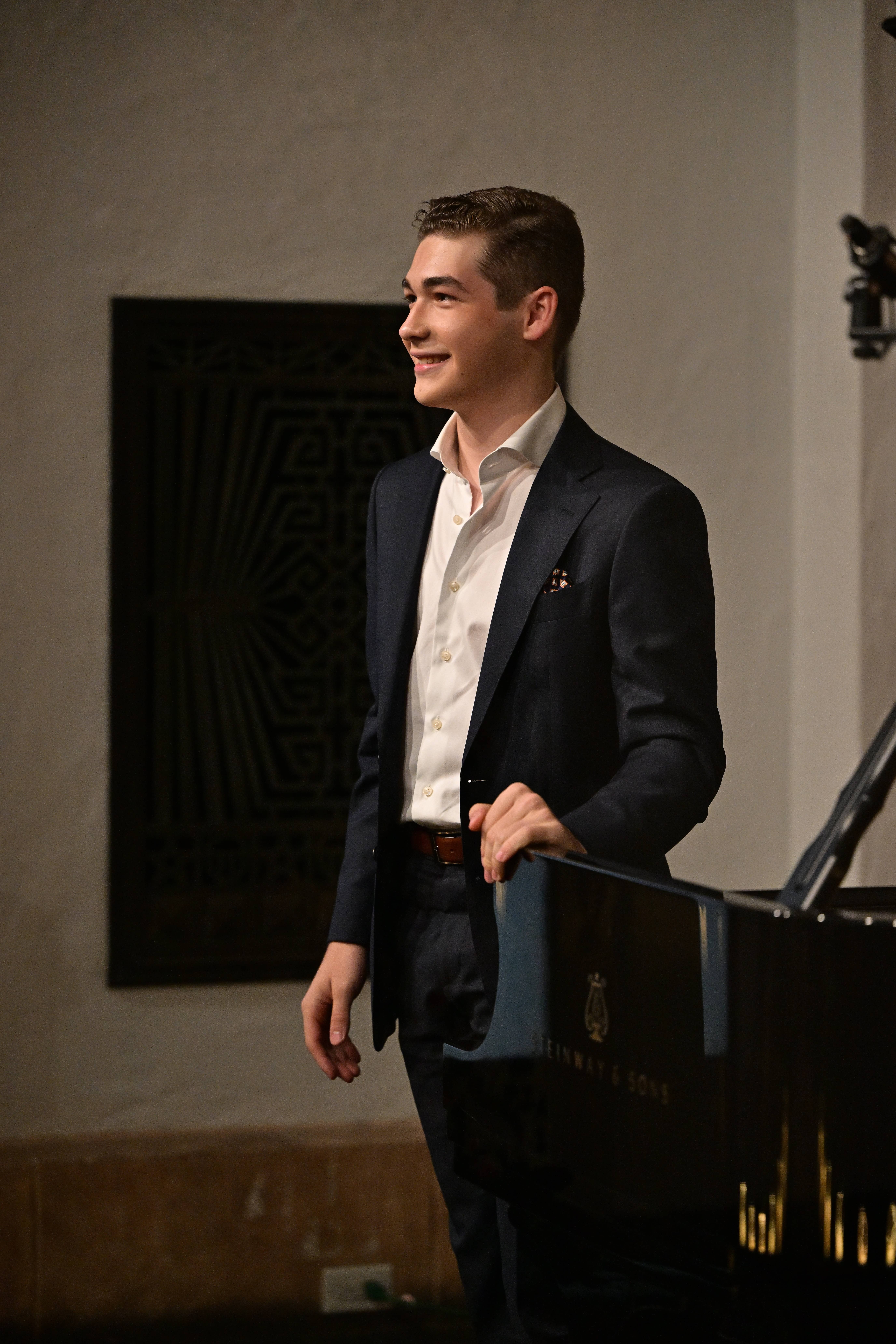 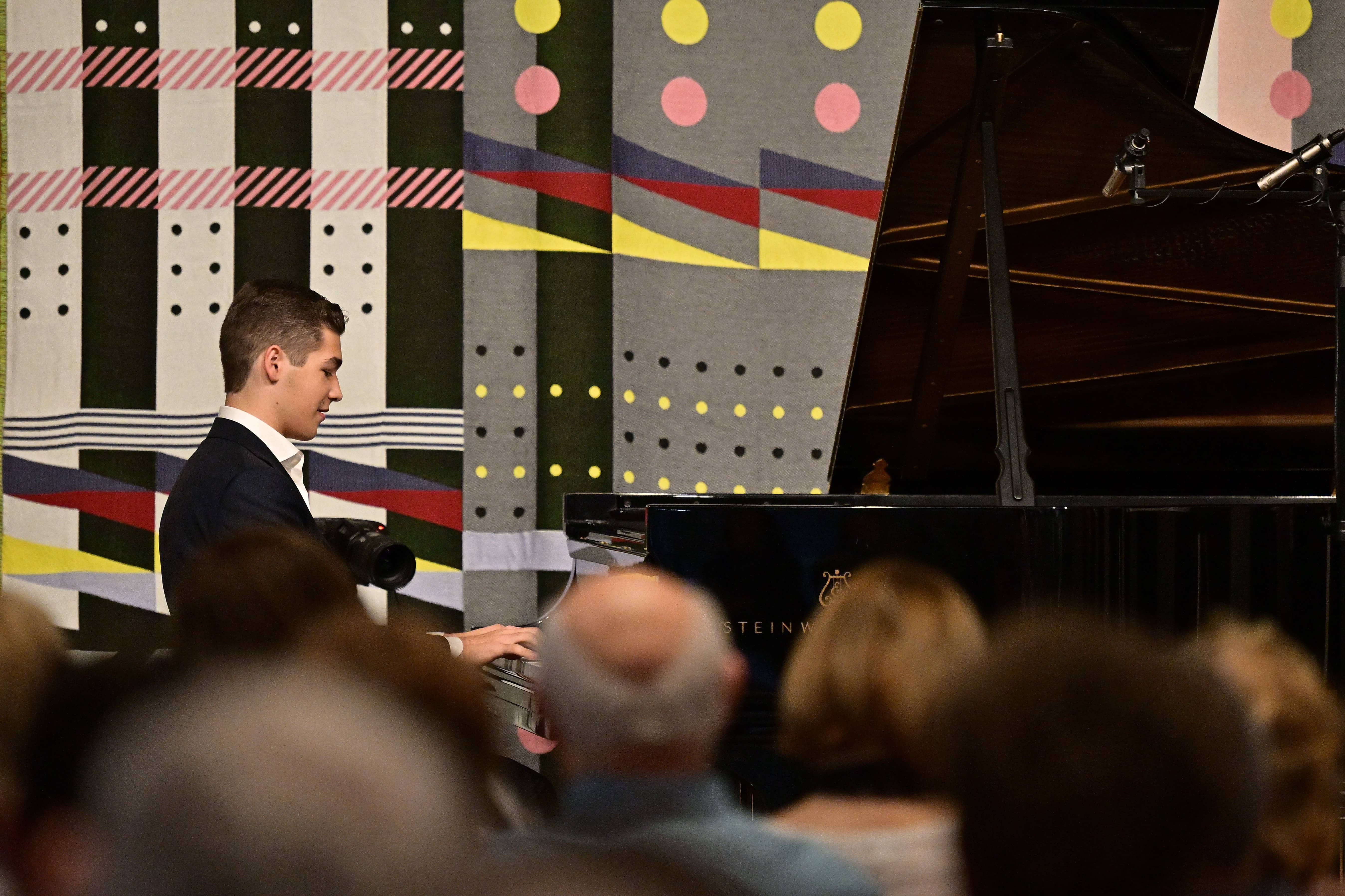