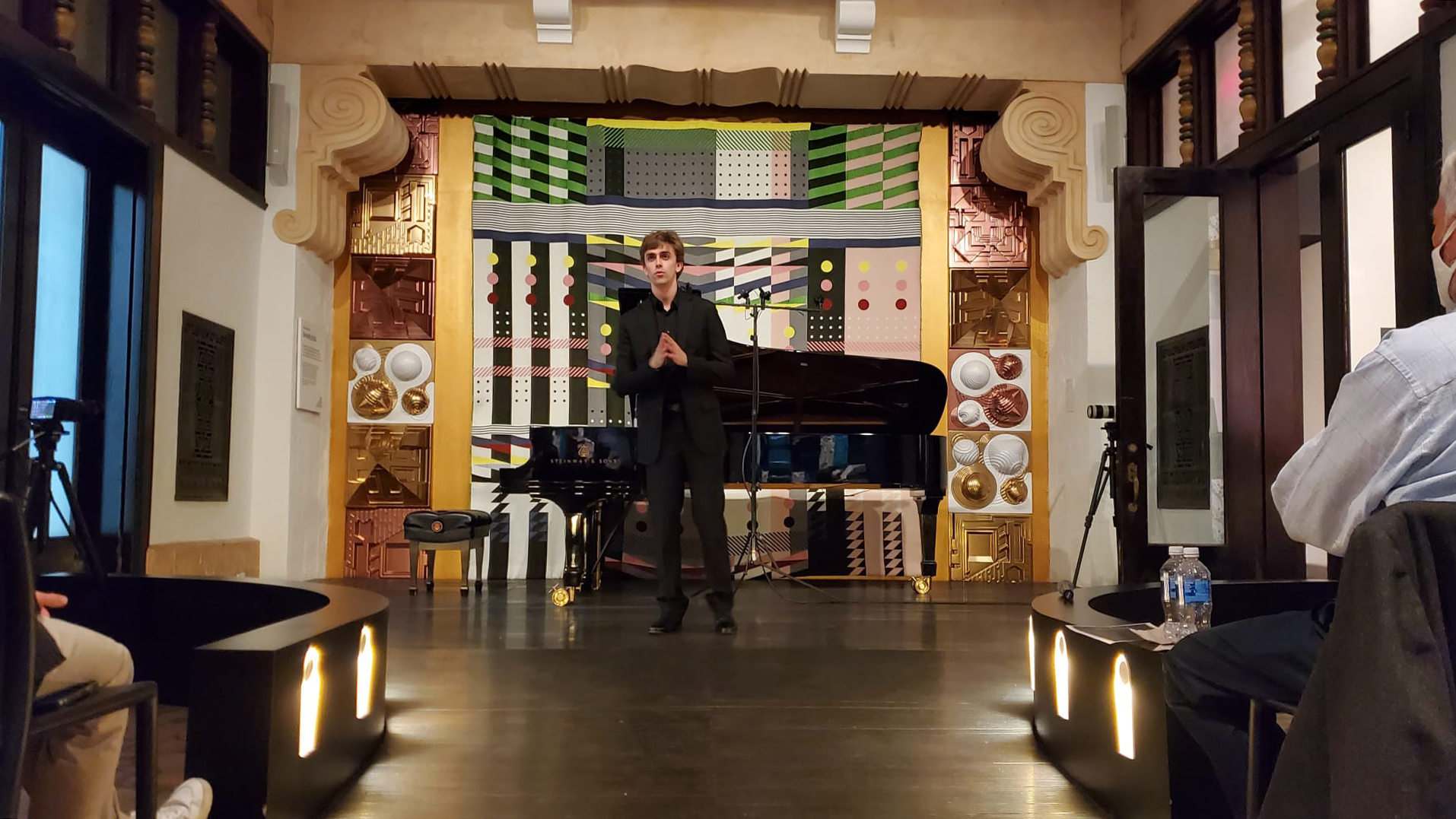 REFLECTING ON THE COMPELLING PERFORMANCE OF REED TETZLOFF

REFLECTING ON THE COMPELLING PERFORMANCE OF REED TETZLOFF

By Giselle Brodsky
Artistic Director of the MIPF
January 29th, 2022

For the last 23 years we have consistently searched for artists who leave indelible impressions on us, artists that through their virtuosity are able to cast a spell on us through their contrasting lyricism and diablerie.

Since 1999, we have presented the debuts of more than 60 outstanding pianists, a handful of whom have been able to reach a level that is truly, internationally superior.

Reed Teztloff joins those few. His performance on January 23 was exceptional and will remain in the memory of those that had the privilege of hearing him. His stage presence and demeanor at the keyboard are elegant, and his performances sincere, noble, and unpretentious. With him, it is all about the music. His was a masterful display of lyricism, humor, excitement, and emotion.

An artist of authority and culture, his approach to every composer and their styles is simply admirable. The planning of his program was masterful. As he started the program with his own transcription of Rameau’s Entrée de Polimmie from Les Boreades and selections from Suite in G minor, he created a special atmosphere and set the stage for what was yet to come, his performance was interesting, humorous and descriptive.  Faure’s Barcarolle in A-flat Major, Op. 44 followed this journey by engaging our imagination to venture in a world of water’s rhythmic fantasy. Debussy’s Feux d’Artifice was descriptive of fireworks, with dazzling ranges of sound, color, virtuosity and timing that allowed him to explode the score before our ears.  Scriabin’s passion-ridden Prelude Op. 37, No. 1 and Etude Op. 8 No.12 concluded the first half of the program going straight into our hearts for maximum exhilaration.

Wonderful facts and comments by Professor Frank Cooper illuminated Schumann’s Carnival. The audience was prepared to join Schumann’s sometimes madcap, often touching festivity as Reed Tetzloff took us magnificently through each of the event’s 21 scenes. The composer’s creative imagination was allowed to triumph in direct measure to Tetzloff’s interpretive imagination.

Our appreciative audience so celebrated the performance that Tetzloff offered three unforgettable encores: a sensitive rendering of Schumann’s Arabesque; an Americana-soaked Charle sIves’ The Alcotts (from his piano sonata); and Brahm’s Intermezzo Op. 117: No. 1 in E-Flat Major which in context, had special healing power. I say this with highly personal thoughts about the difficult  two years we all have had to endure during the pandemic and about the tremendous emotional toll this has had throughout the entire world.
‍

— Giselle Brodsky, Co-Founder and Artistic Director of the MIPF