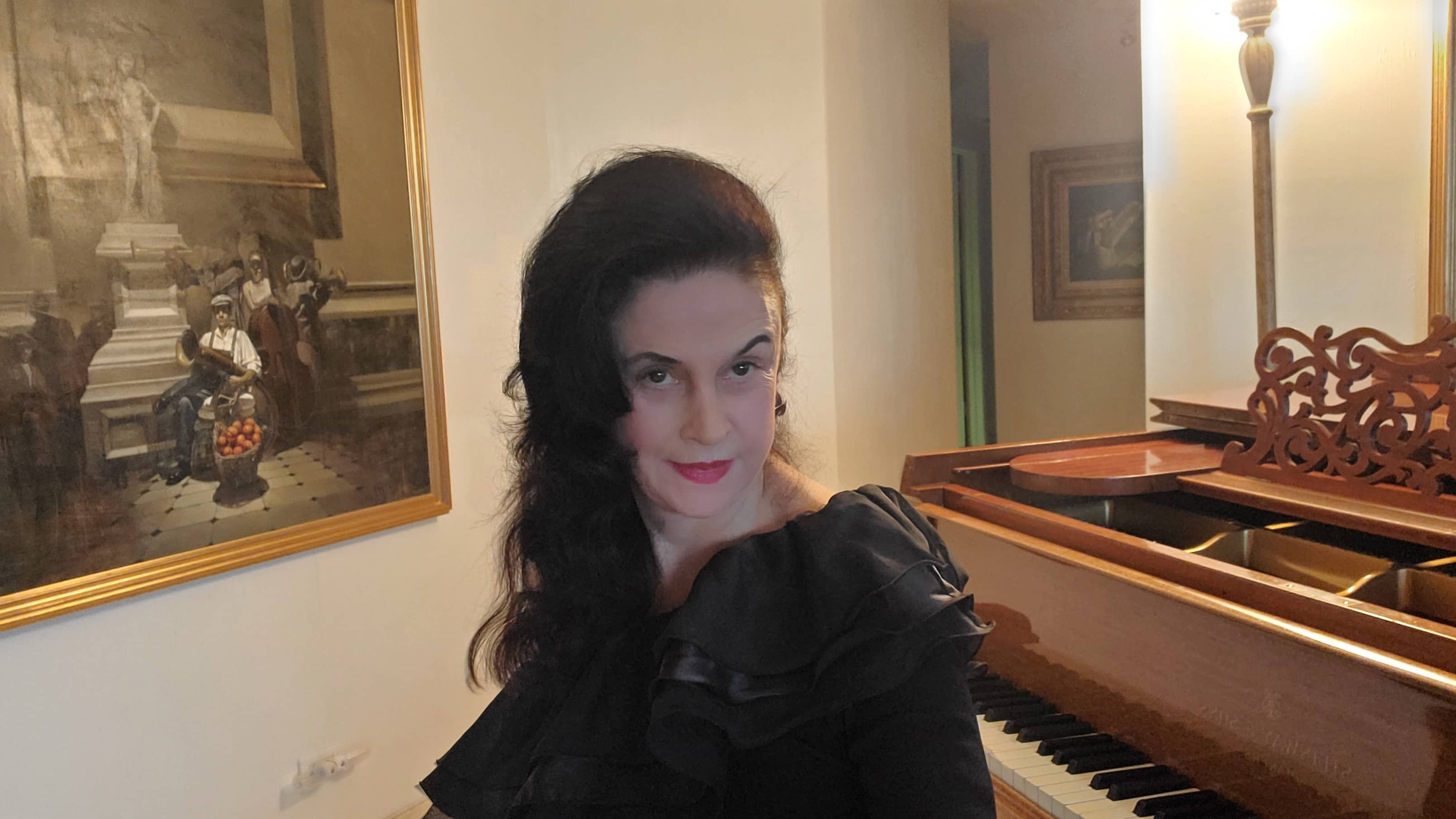 Giselle Brodsky is the Co-Founder, Director and chief artistic adviser of Patrons of Exceptional Artists, Inc. a non-profit foundation dedicated to the support of exceptionally gifted performing artists. In 1997 she co-founded the Miami International Piano Festival and has been the Artistic Director ever since.

A FOCUSSED AND DEDICATED VISIONARY

Giselle Brodsky’s vision is to present, support and document the best new talent emerging on the classical piano scene today, occasionally identifying outstanding performers on other instruments as well. Nineteen years ago she envisioned an organization designed to discover, present and support exceptional talent and offer fresh and exciting programs to South Florida audiences. In the Winter 2008 edition of Piano Today Magazine, Stuart Isacoff writes: “Brodsky is an astonishing figure in the music world …. She seems to have a knack for discovering great talent…Ingrid Fliter and Piotr Aderszewski before they each won the Gilmore Award – and taking rare risks to present them to Florida audiences.” Brodsky looks for exceptional artists who, regardless of age or nationality, are profound musicians with both charisma and breadth of musicianship, who have their own distinct voices, who are not only capable of challenging convention but who are able to demonstrate that there are important interpretive ideas still to be expressed both in mainstream and rare repertoire – artists who clearly deserve international careers.

Because of her successful track record for finding and presenting exceptional artists, Giselle Brodsky receives approximately 30 requests per month plus scores of CDs and DVDs from artists around the globe who want to participate in the Festival. These artists understand that presentation at The Festival is much more that a concert engagement. In the past few years she has been interviewed and featured in several articles that have appeared in the New York Times, Piano Today, International Piano Magazine, the Miami Herald, and Steinway Magazine.

ESTABLISHING LONG TERM PROFESSIONAL AND PERSONAL RELATIONSHIP WITH PIANISTS PRESENTED AT THE FESTIVAL:

The relationship doesn’t end when the curtain goes down. Artists know that Brodsky is different from other presenters and that if they are selected to appear at the Festival, they will be provided with world-class performance opportunities and valuable support for their artistic careers over the long haul. They truly become members of the Miami International Piano Festival family. Knowing this, the organizers of some of the most important piano competitions in the world also submit information to Mrs. Brodsky or ask for referrals, as do prominent agents and critics. The continued success of the selected artists who are debuted at the Festival – through management contracts, prestigious engagements, etc. – shows that Brodsky’s selection criteria supports the organization’s mission.

A LIFETIME AS A MUSIC EDUCATOR :

Giselle Brodsky was born in La Paz, Bolivia where she got her early musical training with renowned Bolivian composer Gustavo Navarre. She received her Bachelor and Masters Degree in Piano Performance from the Manhattan School of Music. Having trained extensively in the Taubman Approach to piano technique since 1972, Mrs. Brodsky has been a member of the faculty of the Golandsky Institute since 1987. She pioneered the “Prodigies and Masters of Tomorrow” series as part of the Festival and was invited to participate in the production of a three part documentary that was aired on Channel 4 in Great Britain and P.B.S. television. Her collaboration with Rod Williams, the brilliant producer of “The World’s Greatest Musical Prodigies” documentary will hopefully result in the co- production with the BBC of a new documentary, “The Ivory & the Ecstasy”.

In addition to foundation activities, Mrs. Brodsky is a much sought after piano teacher who has developed new insights into the art of piano playing based on the Taubman Approach. Several of her gifted students have been accepted to study at prestigious conservatories such as Julliard and Curtis, yet have chosen to stay in Miami to be guided by Brodsky. She encourages her students to learn from the artists she has discovered and promoted over the years –such as Kemal Gekic, Jorge Luis Prats, Ilya Itin, Misha Dacic, Francesco Libetta , Claudio Martinez- Mehner, Walter Ponce to just name a few. They are not only deep musical thinkers and impressive pianists but also gifted teachers.

THE PIANO ACADEMY- THE CULMINATION OF A LIFETIME OF DEDICATION TO MUSICIANS:

Mrs. Brodsky is a member of the Miami-Dade and Broward County Music Teachers Association and has organized several workshops on the Taubman approach in schools across South Florida. She has offered workshops on piano technique all over the world and has participated in the jury of several important competitions. In 2003, Mrs. Brodsky took the Miami International Piano Festival to a truly international level by presenting the Festival in Lecce, Italy. This event began a tradition of sharing the unique Festival experience in other countries. In 2007, Mrs. Brodsky initiated collaborations with other music festivals which have as a result featured performances by Patrons supported pianists.

An inspiration to the piano world